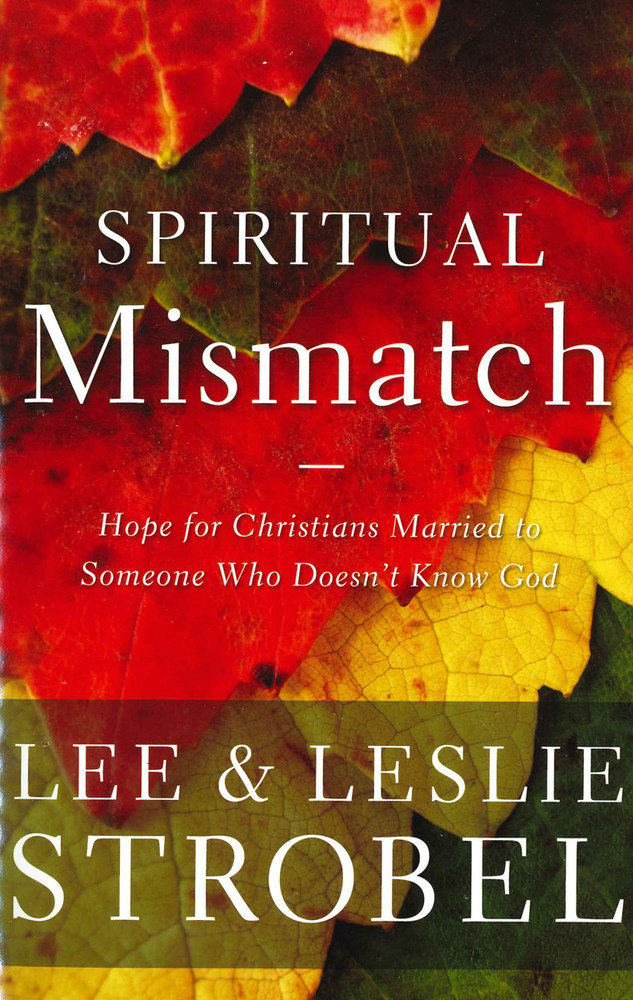 Hope for Christians Married to Someone Who Doesn't Know God

In Spiritual Mismatch, bestselling author, Lee Strobel and his wife, Leslie, give you practical advice on how to live and thrive in a marriage when your spiritual beliefs don’t match. Lee and Leslie share their own story of a marriage between a Christian and an atheist as seen in the movie, The Case for Christ.

Lee Strobel was the legal editor for the Chicago Tribune, a Yale graduate, and an atheist when his wife, Leslie, became a Christian early in their marriage. She began going to church; she found new friends; she became a different person. But Lee didn’t believe in any of it. Both Lee and Leslie felt they were losing each other.

Despite all the emotional clashes they experienced, God answered Leslie’s prayers in miraculous ways. He gave her peace when she was feeling worried, gave her friends to walk with her, and gave her his Holy Spirit to comfort and guide her. Over time, she learned to live out her faith and be an example of Christ’s love to Lee. Today, they’re both Christians and Lee’s conversion story is now a major motion picture, The Case for Christ.

In this personal and practical book, Lee and Leslie share the lessons they’ve learned, including

With these trusted principles and helpful suggestions, Lee and Leslie Strobel share God’s peace, encouragement, and hope for your marriage.

Lee Strobel was the award-winning legal editor of The Chicago Tribune and is the bestselling author of The Case for Christ, The Case for Faith, The Case for a Creator, and The Case for Grace. With a journalism degree from the University of Missouri and a Master of Studies in Law degree from Yale, Lee has won four Gold Medallions for publishing excellence and coauthored the Christian Book of the Year. He serves as Professor of Christian Thought at Houston Baptist University.

Leslie Strobel has been involved in women's ministries and one-on-one mentoring in the churches where the Strobels have served. She and Lee live in Orange County, California, and are the parents of two grown children.

How to Save Your Marriage Alone