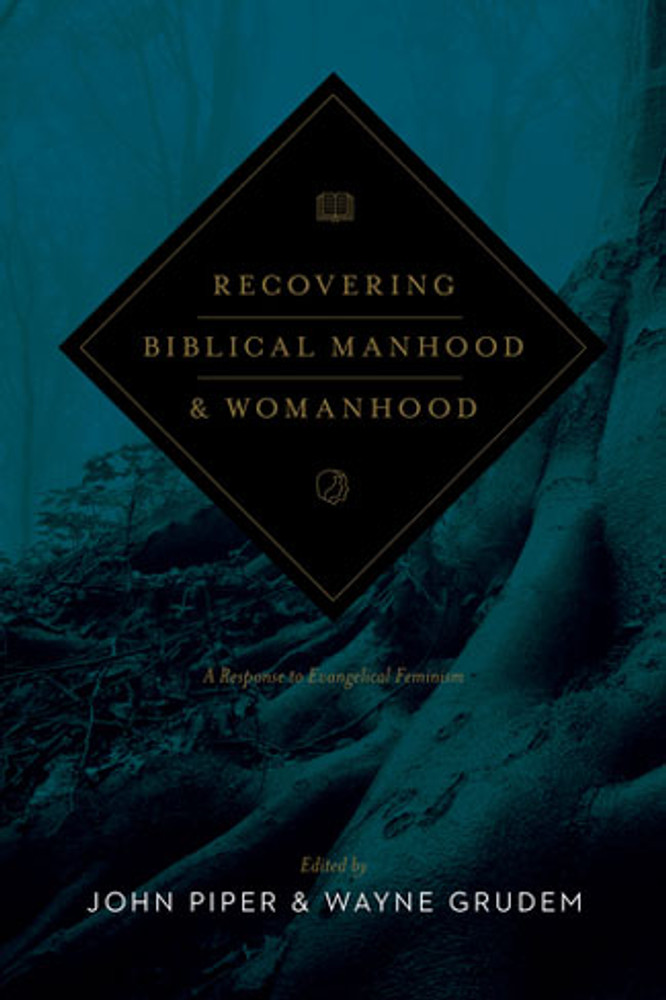 A Response to Evangelical Feminism

A controversy of major proportions has spread throughout the church. Now more than ever before, gender roles are openly questioned in the wake of evangelical feminism—a movement that is having a profound impact on society, the home, and the church. In this redesigned edition of an influential and award-winning bestseller, more than 20 influential scholars such as John Piper, Wayne Grudem, and D. A. Carson have committed their talents to produce the most thorough response to date. Combining systematic argumentation with popular application, this volume deals with all of the main passages of Scripture brought forward in this controversy regarding gender-based role differences. Anyone concerned with the fundamental question of the proper relationship between men and women will want to read this book.

Wayne Grudem (PhD, University of Cambridge; DD, Westminster Seminary) is research professor of theology and biblical studies at Phoenix Seminary, having previously taught for 20 years at Trinity Evangelical Divinity School. Grudem earned his undergraduate degree at Harvard University, as well as an MDiv from Westminster Seminary. He is the former president of the Evangelical Theological Society, a cofounder and past president of the Council on Biblical Manhood and Womanhood, a member of the Translation Oversight Committee for the English Standard Version of the Bible, the general editor of the ESV Study Bible, and has published over 20 books, including Systematic Theology, Evangelical Feminism, Politics—According to the Bible, and Business for the Glory of God.

"In Recovering Biblical Manhood and Womanhood, twenty-two men and women commit their talents to produce the most thorough response yet to evangelical feminism. All who are concerned with the fundamental question of the proper relationship between men and women in home, church, and society will want to read this important book."
Association of Theological BooksellersAssociation of Theological Booksellers

"Piper and Grudem have achieved a commendable breadth of subject area supported by clear, specific, and precise treatment-all of which consistently make the case for 'biblically balanced male leadership' in home, church, and society."
Michael G. Maudlin, Discipleship Journal

"Without a doubt this is the most impressive and comprehensive statement of a conservative evangelical understanding of these issues to be published to date. No one seriously involved in seeking a responsible Christian engagement with such concerns can afford to ignore this magisterial undertaking."
Timothy George, Founding Dean, Beeson Divinity School; General Editor, Reformation Commentary on Scripture

"A trumpet-call to the church at large to wake up to the issue. Yet for a book that pulls no punches, it remains reasoned and courteous. It also sets an excellent model in the principles of biblical debate."
Graham Keith, Banner of Truth Trust

"This significant contribution to the ongoing debates over roles and liberties consciously seeks to be governed by Scripture rather than by contemporary culture. Headship by men is a responsibility from God, not a privilege for their own advantage. Much of the confusion of our day is laid at the feet of men who have failed in their role by being either domineering or domesticated. Here is strong medicine for healthy balance with full respect for women and men in their intended roles."
William Smallman, The Baptist Bulletin

Leadership: How to Guide Others with Integrity

Helping Men with Understanding and Growing in Biblical Masculinity