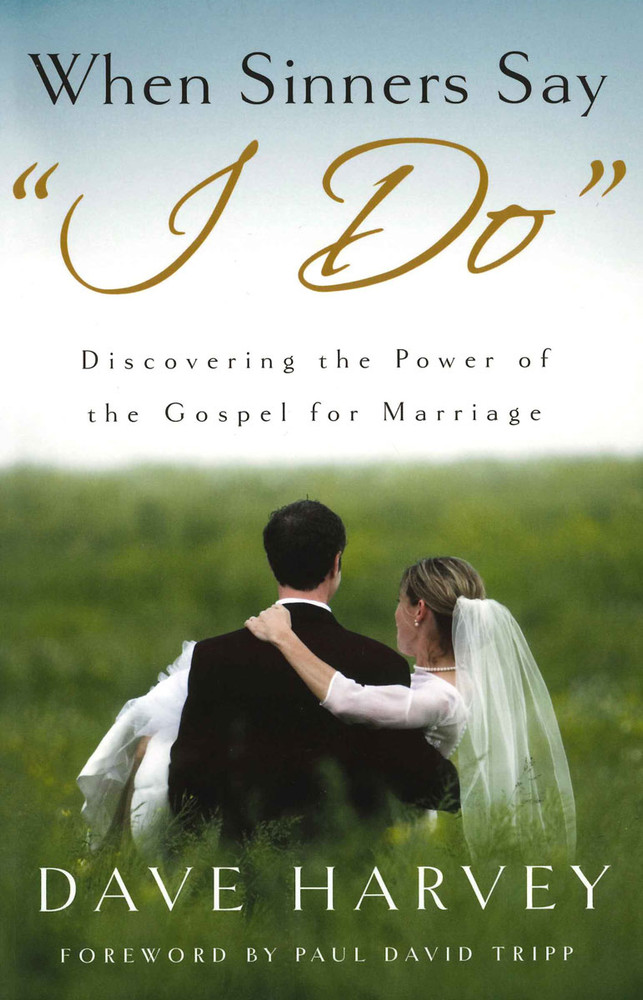 Discovering the Power of the Gospel for Marriage

"Dave Harvey skillfully exposed the real root of most marriage problems — each spouse is still a sinner. But he doesn’t leave us to wallow in our sin. He shows the way out through the ongoing power of the gospel. This book will be helpful for any married couple whether they’ve been married five weeks or fifty years.”  ~ Jerry Bridges, author of The Pursuit of Holiness

“Dave Harvey not only offers a biblical diagnosis of marital strife, but prescribes the cure as well — the gospel. When Sinners Say “I Do” provides clarity in conflict, hope in despair, and points the way to a joy-filled, God glorifying marriage.”  ~ C.J. Mahaney, author of Humility

5 based on 3 reviews.
leave a review

Great gift for newlyweds! We give to many young couples as wedding gift (among other things).

In our Counseling Center we use lots of different books for our married couples. But this one we keep coming back to time and again. It is very practical and our couples seem to grasp its principles of marriage quite well. We start with Chapter 10 because we believe this ought to be the foundation for our relationships. Great resource! Wish it would go on sale more often.

We have been using this book for the last few years and the couple&#039;s we&#039;ve used this text with love it!