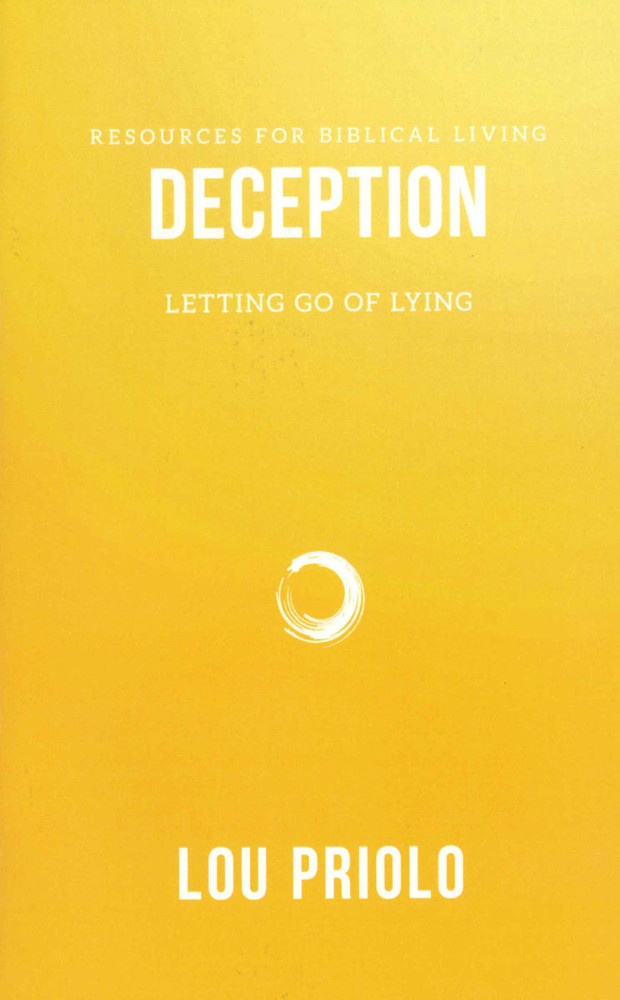 Do you struggle with deception? How do you define what deception is? Does it involve only straightforward, spoken lies, or can deception describe many actions that people take (and don't take)? Is it possible to stop being a liar by not telling lies anymore—or must something else be put in their place instead?

In this convicting booklet, Lou Priolo attacks the sin of deception by uncovering it in all its subtle forms. He examines the various ways that deception can turn up and backs his definitions with biblical examples, then helps each reader to recognize his own specific style of lying. You will come away from this booklet with a clear plan for combating deception—not by merely resisting the temptation to lie, but by becoming a teller of the truth instead.

The Resources for Biblical Living booklet series addresses a wide range of practical life issues in a straightforward, down-to-earth, and, most of all, biblical manner.

Lou Priolo is the founder and president of Competent to Counsel International and is an instructor with Birmingham Theological Seminary. He has been a full-time biblical counselor since 1985 and is a fellow of the Association of Certified Biblical Counselors. Lou has been married to his wife, Kim, since 1987 and has two daughters, Sophia and Gabriella.

"Deception is an extremely helpful booklet. With grace and humor Lou has written a very practical and convicting biblical perspective on how, by God's grace, to overcome the sin of lying and become a truth teller. I recommend this to anyone, even if you think they do not have a problem in this area. You may be surprised."  ~Martha Peace

"Lou offers a very helpful and practical summary of the many ways our hearts can be deceitful with one another. But not leaving us there, he then encourages the reader to be more like the God he professes to serve—the God of Truth."  ~Stuart Scott

Helping Ladies Who Are Being Manipulated