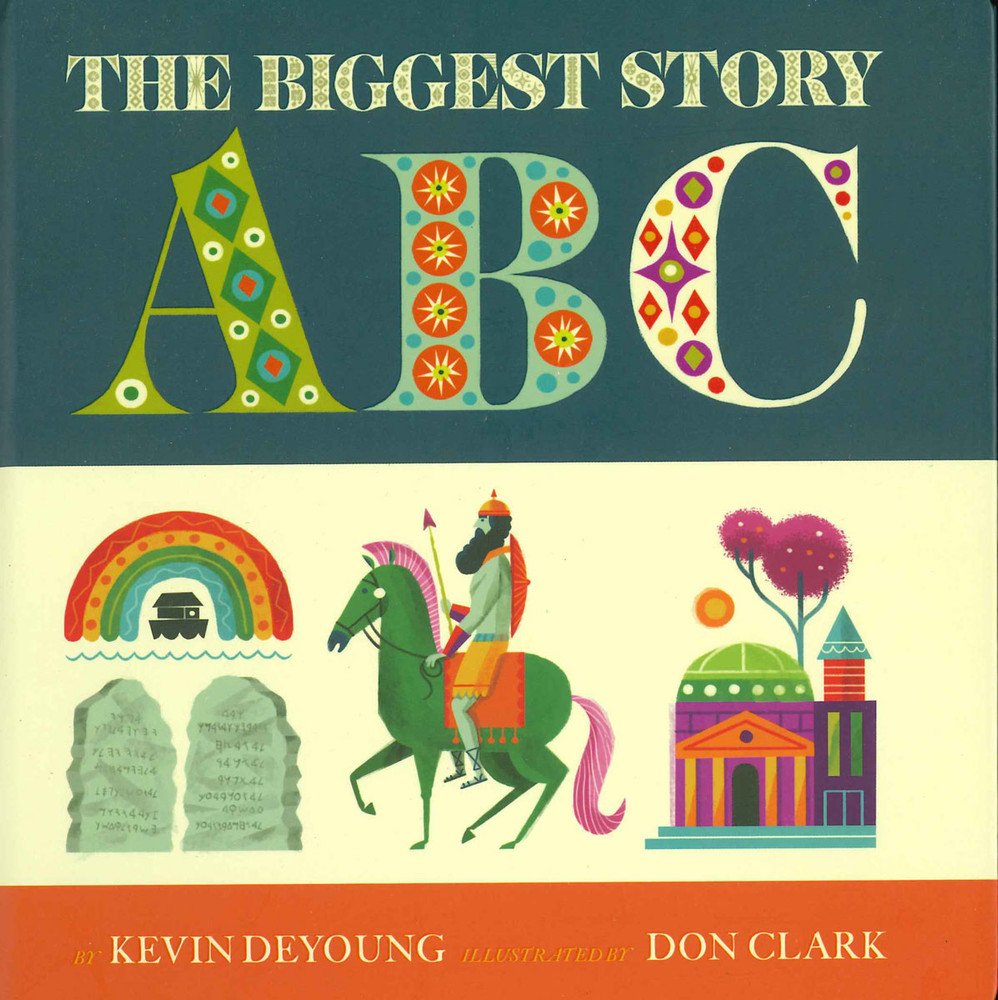 From Adam and Eve in the garden of Eden to Zion and the new creation world, the Bible is telling one big story—the story of God's promise to deliver his people. Kevin DeYoung, best-selling author of The Biggest Story, has written a new board book to help kids ages 1 to 3 to make connections from Genesis to Revelation and from A to Z. Each page introduces a new letter of the alphabet with engaging and whimsical illustrations from award-winning artist Don Clark, retelling the biblical narrative in one continuous story. This board book is a fun way for parents to introduce their small children to the big story of the Bible.

Kevin DeYoung (MDiv, Gordon-Conwell Theological Seminary) is the senior pastor at Christ Covenant Church in Matthews, North Carolina. He serves as a council member at the Gospel Coalition and blogs at DeYoung, Restless, and Reformed. He is assistant professor of systematic theology at Reformed Theological Seminary (Charlotte) and a PhD candidate at the University of Leicester. He is the author of several books, including Just Do Something; Crazy Busy; and The Biggest Story. Kevin and his wife, Trisha, have seven children.

Don Clark is an artist and the cofounder of Invisible Creature, a widely respected and award-winning design studio based in Seattle, Washington. He has worked with clients such as Target, LEGO, WIRED magazine, Nike, Adobe, XBox, The New York Times, and more. Don lives with his wife and their three children on a ranch thirty minutes southeast of Seattle.

What a fun way to kill &quot;two birds with one stone!&quot; Illustrations are a bit abstract for the littlest readers, but the truths are easy to understand and the book as a whole does an excellent job telling the &quot;biggest story&quot; of the Bible. Would recommend for ages 4+

Beautiful illustrations and easy-to-understand re-tellings of basic Bible truths, complete with a verse for each story. Not just good for my little one - good for my heart as well!