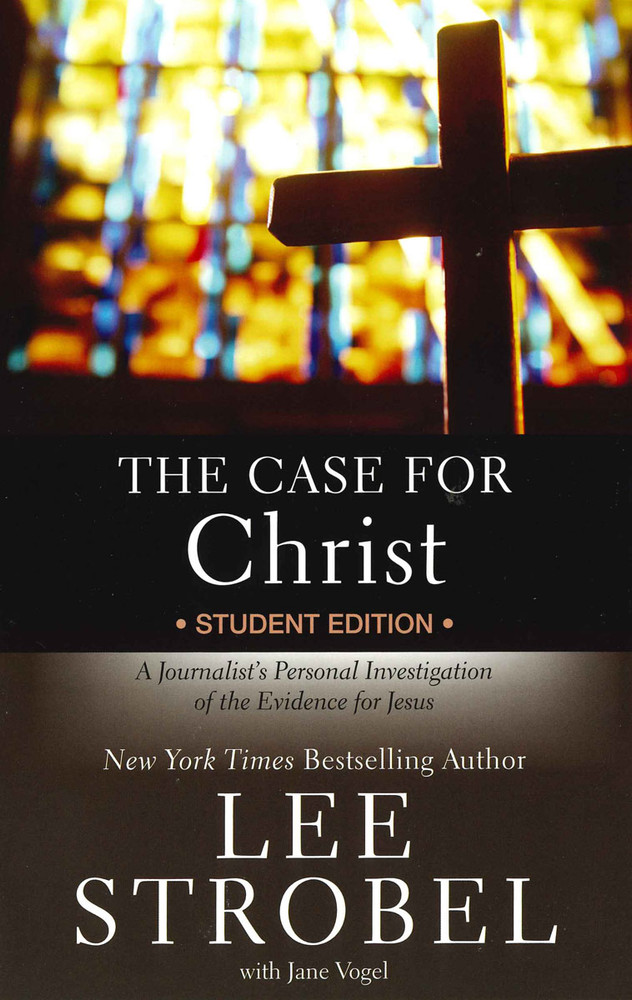 A Journalist's Personal Investigation Of The Evidence For Jesus

There's historical proof Jesus walked this earth, but was he really who he claimed to be? Or are all the stories in the Bible just that—stories? Join Lee Strobel in The Case for Christ Student Edition as he searches for objective answers, including those that brought him from skepticism to faith.

There’s little question that he actually lived. But miracles? Rising from the dead? Some of the stories you hear about him sound like just that—stories. A reasonable person would never believe them, let alone the claim that he’s the only way to God! But a reasonable person would also make sure that he or she understood the facts before jumping to conclusions. That’s why Lee Strobel—an award-winning legal journalist with a knack for asking tough questions—decided to investigate Jesus for himself. An atheist, Strobel felt certain his findings would bring Christianity’s claims about Jesus tumbling down like a house of cards. He was in for the surprise of his life. Join him as he retraces his journey from skepticism to faith. You’ll consult expert testimony as you sift through the truths that history, science, psychiatry, literature, and religion reveal. Like Strobel, you’ll be amazed at the evidence—how much there is, how strong it is, and what it says. The facts are in. What will your verdict be in The Case for Christ?

Jane Vogel, a writer who has been involved in youth ministry for twenty years, lives with her husband, Steve, and their two children in Winfield, Illinois.

Case for Christ for Kids