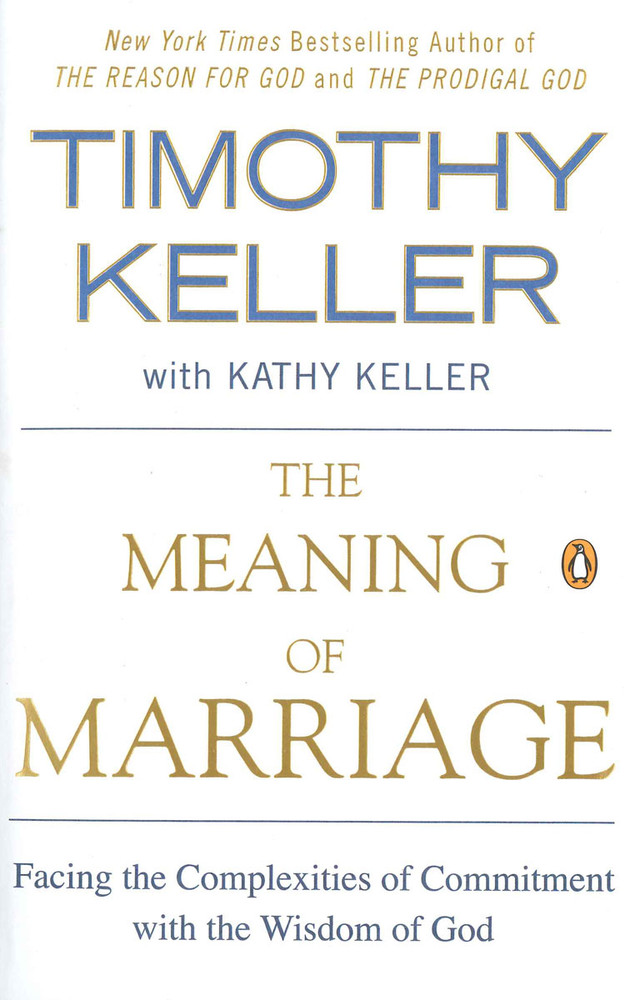 Facing the Complexities of Commitment with the Wisdom of God

Pastor of New York's Redeemer Presbyterian Church, Timothy Keller with his wife Kathy, delivers The Meaning of Marriage, an extraordinarily insightful look at the keys to happiness in marriage that will inspire Christians, skeptics, singles, long-time married couples, and those about to be engaged.

Modern culture would make you believe that everyone has a soul-mate; that romance is the most important part of a successful marriage; that your spouse is there to help you realize your potential; that marriage does not mean forever, but merely for now; that starting over after a divorce is the best solution to seemingly intractable marriage issues. All those modern-day assumptions are, in a word, wrong.

Using the Bible as his guide, coupled with insightful commentary from his wife Kathy, Timothy Keller shows that God created marriage to bring us closer to him and to bring us more joy in our lives. It is a glorious relationship that is also the most misunderstood and mysterious. With a clear-eyed understanding of the Bible, and meaningful instruction on how to have a successful marriage, The Meaning of Marriage is essential reading for anyone who wants to know God and love more deeply in this life.

Kathy Keller grew up outside Pittsburgh, Pennsylvania, and attended Allegheny College, where she led Christian fellowship groups, before attending Gordon-Conwell Theological Seminary. She met Timothy Keller while studying there, and they were married at the beginning of their final semester. She received her MA in Theological Studies at Gordon-Conwell in 1975. Kathy and Tim then moved to Virginia, where Tim started at his first church, West Hopewell Presbyterian Church, and their three sons were born. After nine years, Kathy and her family moved to New York City to start the Redeemer Presbyterian Church.

Sweethearts for a Lifetime