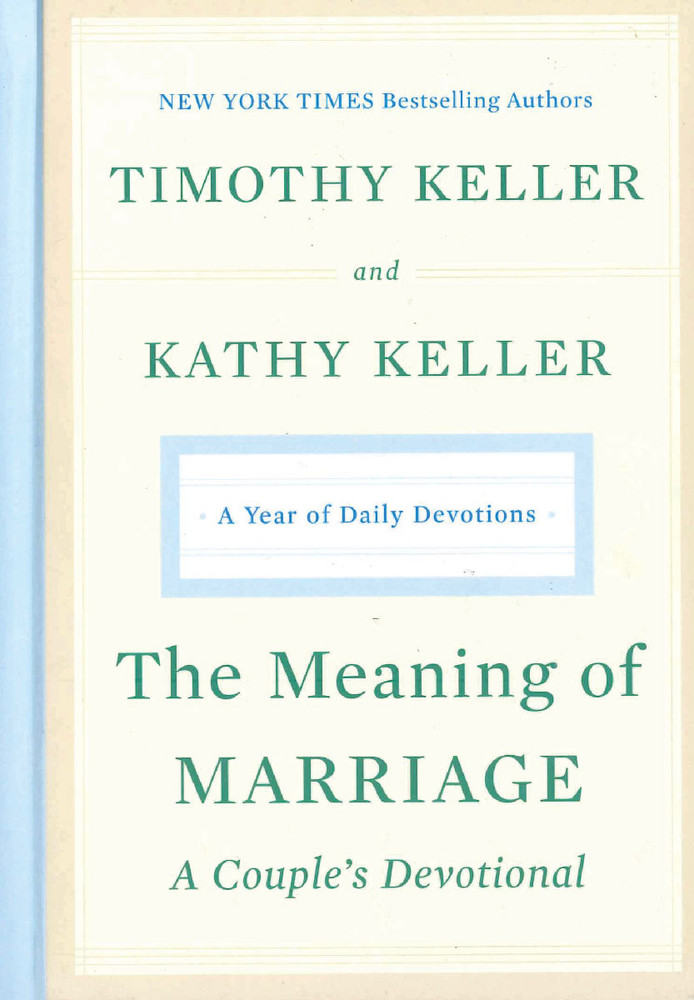 Meaning of Marriage: A Couple's Devotional

Marriage is the most profound human relationship there is. Coming to know and love your spouse is one of the most rewarding and wondrous things we can experience in life. But it is also one of the most difficult and painful. In this 365-day devotional, Timothy Keller and his wife of forty-three years, Kathy Keller, share powerful instructions on how to have a successful marriage. The Kellers draw from and expand upon lessons they first introduced in their book The Meaning of Marriage, offering stories, daily scriptures, and prayer prompts that will inspire anyone who wants to know God and love more deeply in this life.

Kathy Keller grew up outside Pittsburgh, Pennsylvania, and attended Allegheny College, where she led Christian fellowship groups, before attending Gordon-Conwell Theological Seminary. She met Timothy Keller while studying there, and they were married at the beginning of their final semester. She received her MA in Theological Studies at Gordon-Conwell in 1975. Kathy and Tim then moved to Virginia, where Tim started at his first church, West Hopewell Presbyterian Church, and their three sons were born. After nine years, Kathy and her family moved to New York City to start the Redeemer Presbyterian Church.